Deprecated: preg_replace(): The /e modifier is deprecated, use preg_replace_callback instead in /home/nk3bbrboys6x/public_html/traustikristjansson_papers/wp-includes/option.php on line 1
 Candy Crush Monetization and Virality | Trausti Kristjansson's Blog

What can app developers learn from Candy Crush? 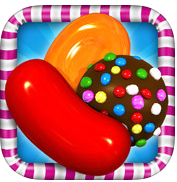 I spent a Saturday afternoon “studying” Candy Crush and taking heaps of screenshots and found the monetization and social features to be fascinating.

The game Candy Crush is a lot of fun and really addictive. It’s so addictive that I wouldn’t recommend trying it if you have any other commitments that day! People that get addicted have been known to waste substantial amounts of money on it.

The interesting thing about Candy Crush from an app developer’s perspective is it’s use of social media and it’s monetization strategy: WAIT, SOCIALIZE or PAY or WaSP for short.

CC is very similar to Bejeweled, which is one of the most successful games of all time. CC goes a few steps beyond Bejeweled in making the game addictive and does an admirable job of adding the social component to the game. As a side effect the game is more fun and supremely viral. CC includes a number of social interactions and cues:

The essence of these interactions are:

The competitive aspects of Candy Crush are not applicable to non-game apps. However, if an app has in-app purchases, Facebook invitations and giving and receiving of items via Facebook should be directly applicable.

We at Rubber Duck Labs make an app that allow users to purchase sound packs through in-app-purchases. Giving users the option of sharing these purchases with friends could be a really fun idea.

Candy Crush relies on in-app-purchases of a few items for monetization: 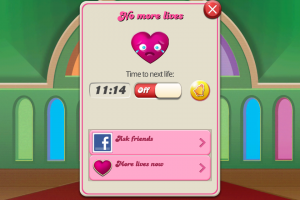 CC uses a bizzarre and fascinating ploy to get a user to pay for more lives. Once the user has used up all lives, the user has three options:

The timeout seems like a risky strategy since it risks loosing customers. On the other hand, it might prevent users from overdosing on the game and giving it up.

It would be fascinating to see the  statistics for how people behave when confronted with this choice. The main questions on my mind are:

What did you do when you ran out of lives?

Virality Boost: asking for a life:

When a user runs out of lives, she can wait, pay or ask a friend for a life. The process that that friend has to go through is:

In my case, the life was not delivered. I assume this is due to a bug in their code. 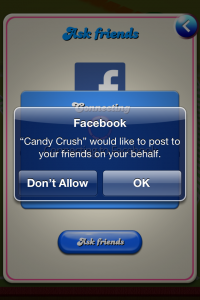 However, CC used this to spam all my friends that I was using CC!! The post is concealed from me as it did not appear on my own Facebook timeline or in my feed. I only found out when a friend liked the post. This was embarrassing.

By doing this, CC betrayed my trust and I promptly deleted the Candy Crush from Facebook and my iPhone. However, the post was still there on my friend’s feed [screenshot].

We at Rubber Duck Labs make video creation apps where the user can play sound effects to catch a child’s attention. We allow users to purchase sound packs through in-app-purchases.

Wait:  Since we make video creation apps the idea of making our users wait to record a video would not fly! However, we have already incorporated the Wait strategy into our app. Users can play a set number previews of the sound effect items. When the previews are used up, the user can pay to unlock all the sounds, or wait until the next day to continue. Users can continue to use the basic set of sounds and use all other features such as the “PVR for real life” feature, adding badges as well as composing and sharing videos.

Socialize: In our case, sharing of videos via Facebook gives a bit of virality. However, we could learn from Candy Crush here.  Giving users the option of giving a friend a set of sound effects is a fun idea that our users would enjoy.

A final word: We take the privacy of our users very seriously. We would not betray our users trust by spamming about their activity on Facebook. However, in other respects, we can learn a lot from Candy Crush.

Here is a collection of screenshot depicting the various aspects of the WaSP strategy. The images were anonymized using Facepixelizer. 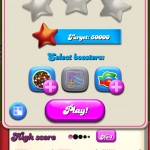 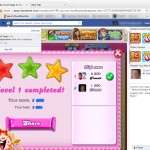 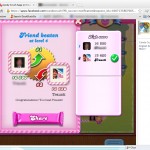 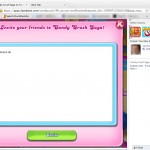 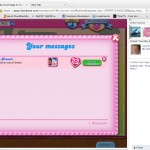 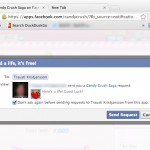 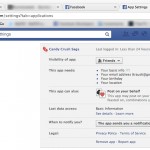 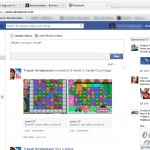 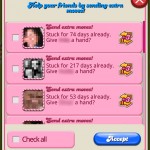